This year’s Fall Banding season was slow but steady. We had a number of busy days followed by slower but consistent days. We think we missed a lot of the migrating birds during all those rainy days.

We didn’t beat any major records this year but we did band a couple of new species! 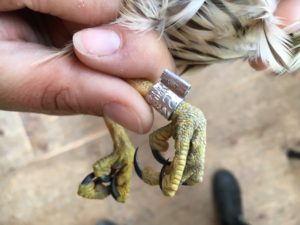 We were able to band our first Merlin! Merlins require a special band called a lock-on band. They’re able to remove regular blunt end bands! Fingers crossed we see it again next year! Our second new species this year was a Rose-breasted Grosbeak and we caught 2 of them! We caught a female and a hatch year male. 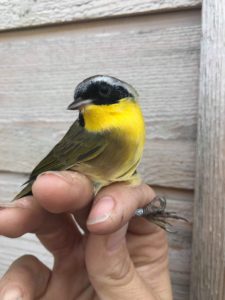 There were a couple of birds that were pretty amazing re-traps. We caught a Yellow Warbler and a Common Yellowthroat that were both at least 6 years old! Not only that, we caught them in the very same nets we originally caught them in! Just goes to show that we have a pretty reliable breeding and stopover site at Oak Hammock Marsh. 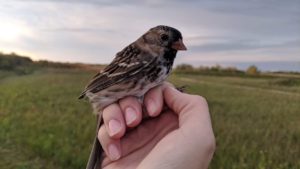 Our final bird banded this year was a Harris’s Sparrow. Which brings us to a total of 1352 birds banded and 58 different species! 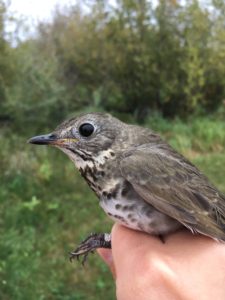 If you’re interested in volunteering or learning more, we have some workshops coming up throughout the Winter.

For more information you can check out our website www.dmbo.ca